Zoo animals are dying due to hunger in Recession-hit Venezuela 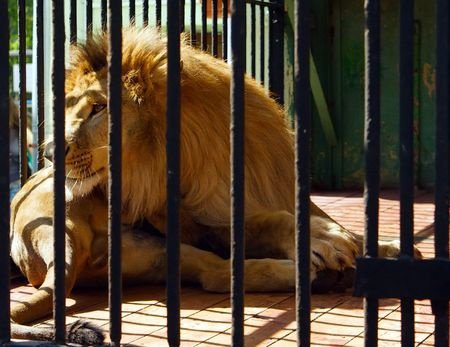 On Monday, Venezuela’s government denied that zoo animals were dying because of hunger in the middle of national food shortage, saying they were being lovingly treated ‘like family’.

Minister for Ecosocialism and Water Ernesto Paiva explore Caricuao zoo in Caracas, where a union leader last week said 50 animals including Vietnamese pigs, tapirs, rabbits and birds had hungry to death in the last six months.

“The animals are very dear, treated as if they were family, in fact they all have names,” said Paiva, adding that they were being seen by nutritionists to ensure they had an adequate diet.

Venezuela is a recession-hit OPEC nation were part of a campaign of ‘lies’ against the socialist government of President Nicolas Maduro. Media reported starving condition of the zoo animal.

A union leader for employees of state parks agency Inparques, which oversees zoos, and the various sources at have said animal are suffering across the  country, with lions being fed mangoes instead of meat and bears receiving less than half of their required intake.

Even though the minister has given assurance that the Caricuao animals are fed wit healthy and adequate, while prosecutors are investigating the deaths of ‘various species of wildlife’.