Venezuela is selling oil to Jamaica in exchange for food, medicine, farming materials and building supplies. 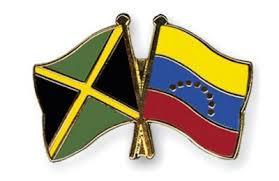 Jamaica announced last week that it would provide up to $4 million in the form of goods and services to Venezuela in exchange of oil.

Venezuela is desperately short on food and medicine. People wait hours outside supermarkets to buy basic goods like milk, eggs and flour, often only to find empty shelves. Others are dying in ill-equipped hospitals.

It’s not the first time Venezuela has done non-cash transactions. China has loaned Venezuela $65 billion since 2007, according to the Inter-American Dialogue, a Washington think tank. Some of those loans are being repaid to China in oil.  The food-for-oil deal with Jamaica comes as Venezuela’s food shortages have become extremely severe.

Venezuela’s economy is the worst in the world, according to IMF projections. Its economy is estimated to contract 10% this year and inflation could skyrocket by 700%.