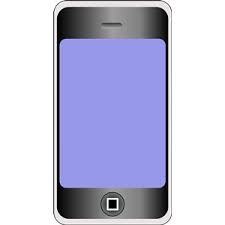 Silicon Valley has long been the world’s tech capital: It birthed social networking and iPhones and spread those tech products across the globe.

But China’s tech industry particularly its mobile businesses have in some ways pulled ahead of the United States. Some Western tech companies, even the behemoths, are turning to Chinese firms for ideas.

In China, more people use their mobile devices to pay their bills, order services, watch videos and find dates than anywhere else in the world. Mobile payments in the country last year surpassed those in the United States.

Industry leaders point to a number of areas where China jumped first. Before the online dating app Tinder, people in China used an app called Momo to flirt with nearby singles. Before the Amazon chief executive Jeff Bezos discussed using drones to deliver products, Chinese media reported that a local delivery company, S.F. Express, was experimenting with the idea.

WeChat offered speedier in-app news articles long before Facebook, developed a walkie-talkie function before WhatsApp, and made major use of QR codes well before Snapchat.

Many Chinese also never bought a personal computer, meaning smartphones are the primary and often first computing device for the more than 600 million who have them in China.