If you are amongst those people who are still trying to figure out that why they should upgrade their operating system to windows 10, then the most recent promotion video of Windows 10 can provide you with a reason for the same. Microsoft is leaving no stone unturned for the promotion of its latest Windows version. It has already come out with numerous promotional videos for the same, which highlight the multifaceted nature of this operating system. They claim that from excellent gaming to efficient multi-tasking, Windows 10 will prove to be superior and better than all the other operating systems currently available in the market.

As far as believing that the security claims of Microsoft hold water go, Microsoft has a proven track record of delivering more security with every new version of Windows and therefore, it is easy to believe that Windows 10 will surely be better secured than its predecessors. However, whether this additional security feature would be good enough to push the potential users in upgrading their operating system or not, is something that only time will tell.

Some of the special features, which this latest version of Windows will be offering to all its users, include the following:

The best part about Windows 10 is that it offers same data protection policies even on Window’s phones, which it offers on the laptops. Therefore, this latest version of Windows will not just protect your PC and laptops, but also it will also protect your phones as well.

This promotional video claims that Windows 10 is the most secure Windows ever.

Windows 10 Tips and Tricks: Things to Do After Installing Windows 10 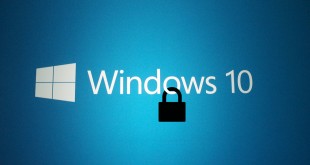