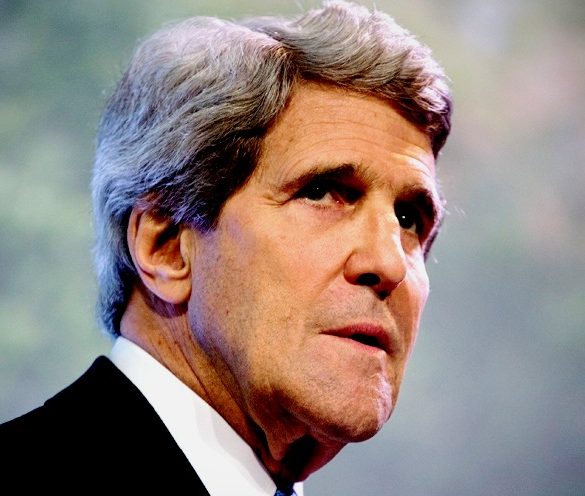 The Asian Age reported in Wednesday, John Kerry, The US Secretary of State arrived to India to take part in the 2nd Indo-US Strategic and Commercial Dialogue, had primarily planned to start off with visit to the Sisganj Gurudwara, Jama Masjid and a Hindu temple on Tuesday morning, reported The Telegraph. While on Wednesday, the Ministry of External Affairs rescheduled his visit to the three shrines.

On Monday, john Kerry arrives after ending his first visit to Bangladesh where he would talk with top Bangladeshi leadership on key issues like security and terrorism among a series of wicked attacks on minorities in the Muslim-majority nation.

Later on Tuesday, Sushma Swaraj, External Affairs Minister and John Kerry will lead their respective sides at the 2nd India-US Strategic and Commercial Dialogue in New Delhi, they will look into the progress on decision taken last time and identify new areas of cooperation.

Nirmala Sitharaman, Commerce Minister and her US counterpart Penny Pritzker will be held jointly meeting.  The pair will also supervise over the India-US CEO Forum that has Cyrus Mistry, Tata Sons Chairman and Dave Cote, Honeywell Chairman as the co-chairs.

Vikas Swarup, India’s External Affairs Ministry Spokesperson said, the dialogue is most broad mechanism for meeting between two countries, he also said co-chairs will be also have an interaction with a high-level, inter-agency allocation from both sides.

In 2015, Prime Minister Narendra Modi and US President Barack Obama had come to decision to raise India-US meeting into a Strategic and Commercial Dialogue, reflecting the significance of the trade and economic ties between the two sides.