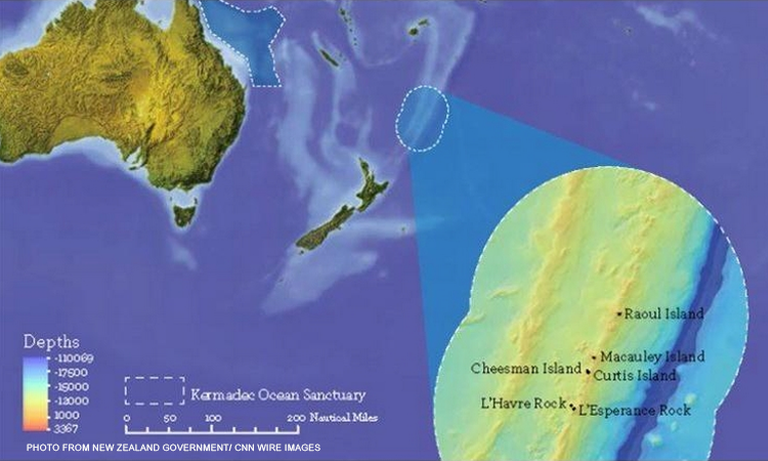 In Kermadec region, around 620,000 square kilometers of ocean was chosen by the country’s government to preserve the various en-dangerous species on the globe. On comparing other ocean sanctuaries present in the world, the current one is 35 times larger than that of other sanctuaries.

“This is an area twice the size of our land mass and 50 times the size of our largest national park. It is truly a special place and we want to keep it that way,” “The Kermadec Ocean Sanctuary will be one of the world’s largest and most significant fully protected areas, preserving important habitats for seabirds, whales and dolphins, endangered marine turtles and thousands of species of fish and other marine life,”

The region enriched with largest series of submerged volcanoes and also deepest oceanic regions in the world. In the meanwhile, the region will become a home for millions of seabirds and turtles too.

At the same time, the decision made by the Government of New Zealand is not supported by many of the groups in the country. Charles Hufflett, managing director of Solander Seafood and Fishing opposed the decision by adding that, creation of a world conservation center in the Kermadec region will affect the tuna fishing industry. He mentioned that, as per the industry agreements, fishing were prohibited in the sea bed, and sea level fishing is only allowed. But converting the region into a real-time ocean sanctuary, tuna fishing industry of the country will be totally affected.