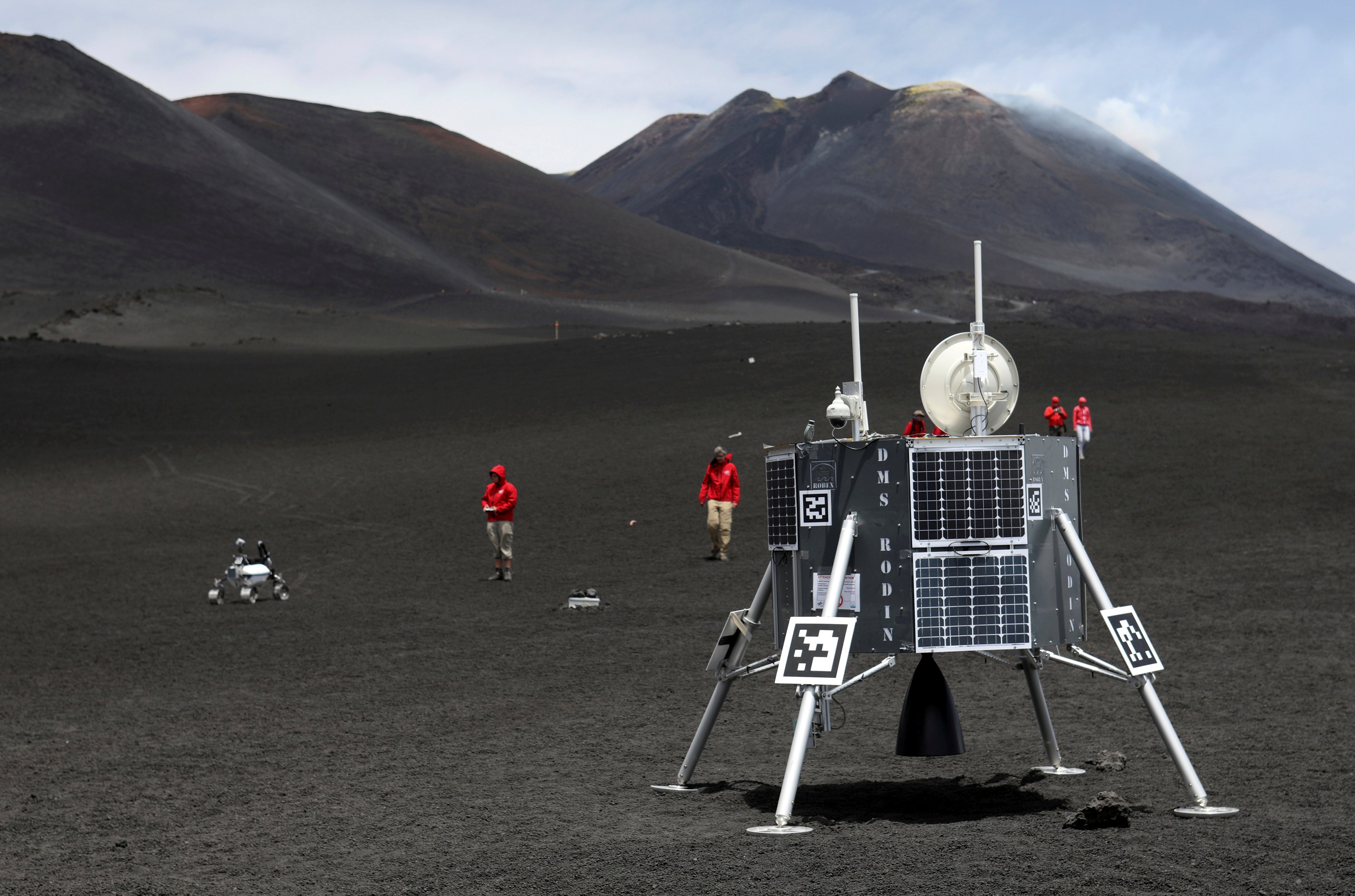 Imagine a robot wanders across a windswept, rocky landscape that appears like the exterior of some far-away planet. Does it depict you a scene from a Sci-Fi movie? This is happening in reality. But put some break on your thoughts. All of this scenario is not taking place in outer space. Instead it is occurring on the hills of most active volcano in the Europe.

Mount Etna, located in Sicily, is a test bed for the 4-wheeled, just about 3 Feet high device prior to an upcoming mission to the moon. It is being performed by the German Aerospace Centre, the organization that runs space program for Germany. The program has enrolled specialists from Britain, Germany, Italy, and the United States to survey Robotic Exploration of Extreme Environments (ROBEX) with the goal of enhancing robotic tools that will be utilized in outer space.

“This is targeted at reproducing a hypothetical, future landing operation on Mars or moon and they utilize a lot of bots that are present there to install and transport various instruments”, claimed a volcanologist from the National Vulcanology Institute, Boris Behncke. The institute is located near Mount Etna in Catania. Researchers also expect to utilize the bots to survey the depths of Mount Etna and communicate back helpful technical information based on seismic movement. The methods learned on Etna might then be organized in the exploration of Mars or in lunar missions.

A primary robotic testing stage has almost been finished on the area of the volcano, dubbed as Piano del Lago, which is a deserted stretch of land pounded by strong winds. Subsequently, a system of tools including rover drones and robots will be escalated to observe seismic activity that closely replicates to those tools, which would be utilized on moon.

Well, the technological advancements in different fields have increased a lot and we can witness the same. The testing of robot on the areas of active volcano also represents the same. This testing is done in order to enhance the robot prior to its mission on moon or Mars. Let us hope for the best.