When Apple Inc (NASDAQ:AAPL) launched its latest flagship iPhone 6s and iPhone 6s Plus, critics and reviewers applauded the new 3D Touch feature introduced on smartphone by the company. If you have an older version of iPhones with iOS 8, like iPhone 5, 5s, 6, 6 Plus, iPad Air or iPad mini, and you don’t mind Jailbreaking your Apple device, then you can enjoy almost same feature from the next update. The upcoming Jailbreak tweak will be called as Touch 3D aimed at bringing the 3D Touch feature to older devices (iPhones, iPads and iPods).

Apple Inc officially unveiled the 4.7-inch iPhone 6s and the 5.5-inch iPhone 6s Plus on September 9 with the same looks and design as its previous models. However, the company has managed to insert some exclusive features and faster processing capabilities to the devices.

Apple started to follow this “S” trend in June 2010 when Steve Jobs unveiled iPhone 3GS with the exact same design as its previous version iPhone 3G, but with major upgrades inside the frame. It had a faster processor and RAM than the old phone. Apple first introduced the video recording capability (VGA, @30fps) to iPhone from this model onwards, which had only a 3MP camera.

Apple continued the tradition when launching iPhone 4s in 2011, with the same design and looks of iPhone 4 but major upgrades inside the device along with Siri, a virtual assistant. Similarly, iPhone 5s was launched in 2013 with Touch ID as an exclusive feature.

In its new phones (iPhone 6s and 6s Plus), Apple upgraded the processor to a faster A9 CPU, 2GB RAM and 3D Touch as an exclusive feature. According to Apple’s official website, 3D Touch is an entirely new way to interact with the device. The new iPhones will sense how much pressure users apply to the display screen to give users an experience of Peek and Pop. Previously, Apple devices boasts Multi-Touch gestures like Pinch, Swipe and Tap. “And when you use 3D Touch, your iPhone responds with subtle taps. So not only will you see what a press can do—you’ll feel it.“

Things you have to note is, the newly introduced 3D Touch feature is not just a software, but it comes with a supportive hardware too. This means, older iPod, iPad and iPhone users can’t experience the new feature by installing a certain 3D Touch application. However, there is a chance to experience the new feature through the software-only mode by Jailbreaking your older iPhones with iOS8 by the upcoming Jailbreak method. This is said to work on iPhone 6, iPhone 6 Plus, iPhone 5, iPhone 5s, iPad Air, iPad Air 2 and iPad Mini models.

As the original 3D Touch requires the Apple hardware (sensors), the Jailbreak version of 3D Touch will not work exactly as the original feature introduced in iPhone 6s and 6s Plus. Somewhat same features will be introduced in the Jailbreak tweak, such as long tap-and-hold gesture for Quick Actions. When a user uses this method on older devices’ display apps would present shortcuts like getting directions, taking selfies, messaging a contact, etc. 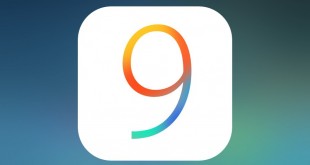