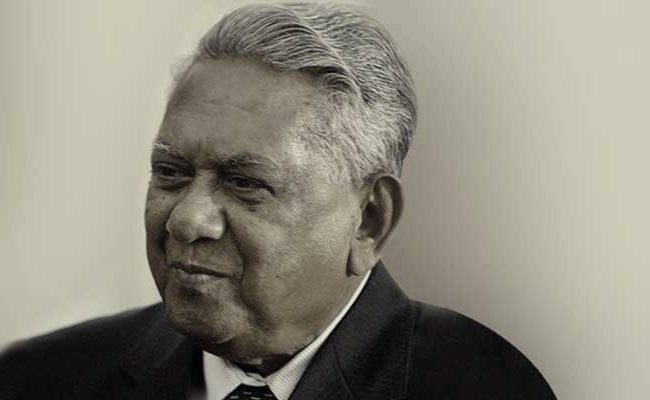 SINGAPORE: On Monday, S R Nathan, Indian-origin former President of Singapore died at a hospital suffered from a stroke.

The statement said, “the prime minister and his colleagues are sad to hear passing of Mr S R Nathan and would like to convey their condolences to his family,”

“Arrangements for the public to pay respects and for the funeral will be announced later.”

Nathan had been warded to Singapore General Hospital since suffering a stroke on July 31.

He was the sixth and longest-serving President of Singapore and served two terms from 1999 to 2011.

He officially stepped down as President on August 31, 2011 after announcing that he would not seek a third term. Nathan was succeeded by President Tony Tan Keng Yam.

After stepping down as President, Nathan was taking appointment as Distinguished Senior Fellow at the Institute of Southeast Asian Studies at the Singapore Management University’s School of Social Sciences.

Before leading as President he held key positions in the civil service, as well as in security, intelligence and foreign affairs.

In 1988, he was appointed as Singapore’s High Commissioner to Malaysia and later he became Singapore’s Ambassador to the United States of America from 1990 to 1996.

Nathan also served as Ambassador-at-Large of Singapore later as a pro-chancellor of the National University of Singapore. He has family behind his wife, daughter, son and three grandchildren.