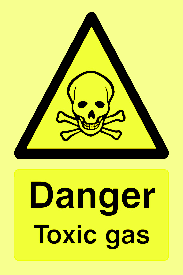 Dhaka: officials said on Tuesday, toxic gas leaked from fertilizer plant in Chittagong city of Bangladesh, about 250 people, including children, have fallen sick and hundreds of residents have been evacuated from their homes.

Di-ammonium phosphate (DPA) leaked from the DAP Fertilizers Company Limited the bank of Karnaphuli River last night and firefighter was struggling to block the leakage till morning.

DPA is one of a series of water-soluble ammonium phosphate salts that can be produced when ammonia reacts with phosphoric acid.

Officials reported, toxic gas leaked from tank about 500 tonne capacity at around 11:30 pm on Monday night.

The toxic gas quickly spread at large part of the city. Strong wind blew gas around 10km radius and reported that people was facing breathing problem at the southern city’s international airport.

“The gas spread from the unit causing breathing problems to the people across several kilometers,” officer-in-charge of the nearby police station said.

Nearly 250 fell ill, 56 people, including more than 10 children admitted to hospitals in the port city.

Police and fire officials said, all the people are out of danger now, 100 of people evacuated from their homes near plant.

Chittagong’s Deputy Commissioner Mesbahuddin Ahmed said the situation was under control as leakage has been plugged.

The reason still not clear behind leakage Bangladesh Chemical Industries Corporation (BCIC), which runs the unit, formed a 10-member committee to investigate incidence. While the district administration has formed a three-member panel to search the leak.

The amount of ammonia is measured at the time of incidence was 600ppm (parts per million) while it was abide by the workers in the factory up to 25ppm, the environment department said.

Experts said exposure to ammonia could cause slackening, vomiting and breathing problems.

Chittagong’s deputy commissioner Mesbahuddin Ahmed said, “I have been informed that the fire service men nearly brought under control the situation,”