With the increasing awareness regarding health, many people are opting for smart wearables that can keep them to keep a track of their health status. Huawei is once again all set to introduce its latest wearable, dubbed Honor Band A2. Yes, it is the successor model of its Honor Band A1 that was launched in 2016. The new fitness tracker is developed for those who want to keep a track of their fitness and health, and it is equipped with all the required sensors, comprising a heart rate sensor too. 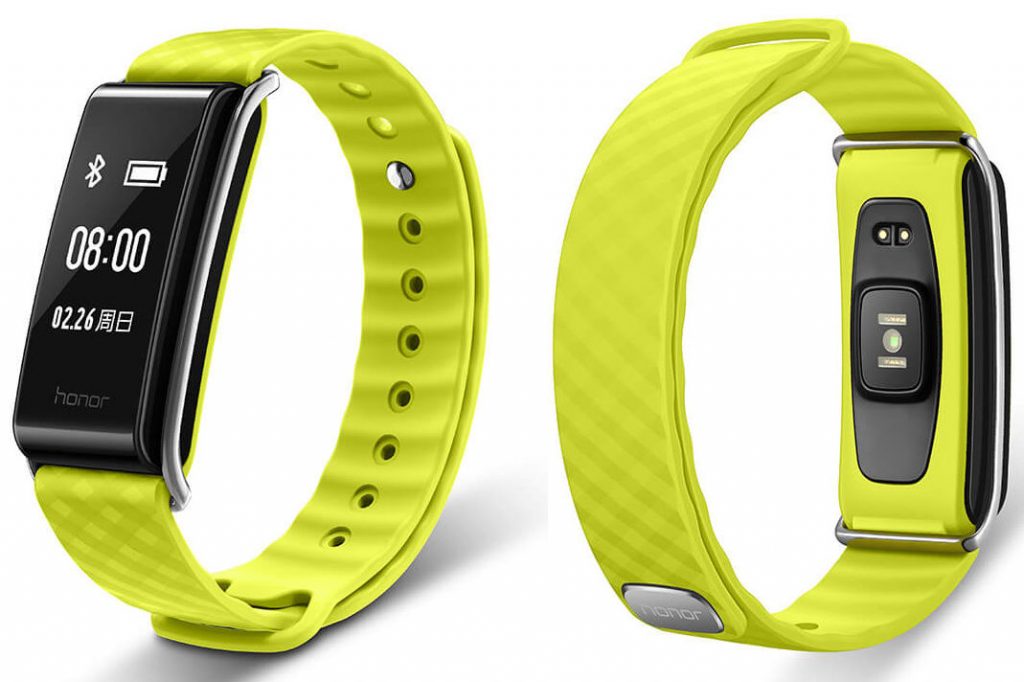 The band of the tracker seems to be fabricated from a silicone kind of material and features an OLED display of 0.96 inches for the users to glimpse at the time as well as activity stats. Just similar to the other existing fitness trackers in the market, even the Honor Band A2 will have the ability to track several kinds of activities such as running, sleep, steps, walking, and even bicycle rides with the additional advantage of displaying instantaneous data that updates as the user ride. The wristband is compatible with iOS as well as Android devices.

Apart from this, the fitness tracker is IP67 rated, meaning it is water and dust resistant. It is powered by a battery of 95mAh that is claimed to sustain for up to 9 days battery life—a long time, isn’t it? The company also says that it has a standby time of 18 days, means if you are not always using it, you can sit back certain that it will have some battery life remaining if it is still in that time span. The wearable also supports for notifications such as missed calls, text messages, and incoming calls; of course, only if it is linked to a phone for this  functions.

The new Honor Band A1 appears to come in 4 diverse color alternatives allowing the users to personalize their option with the color that suits their tastes. The colors consist of red, black, white, and yellow options. It will go on sale in  June 9, 2017, in China and will cost 199 Yuan—much affordable in comparison to other options such as Garmin, Fitbit, and Samsung.

What do think about this affordable fitness tracker?