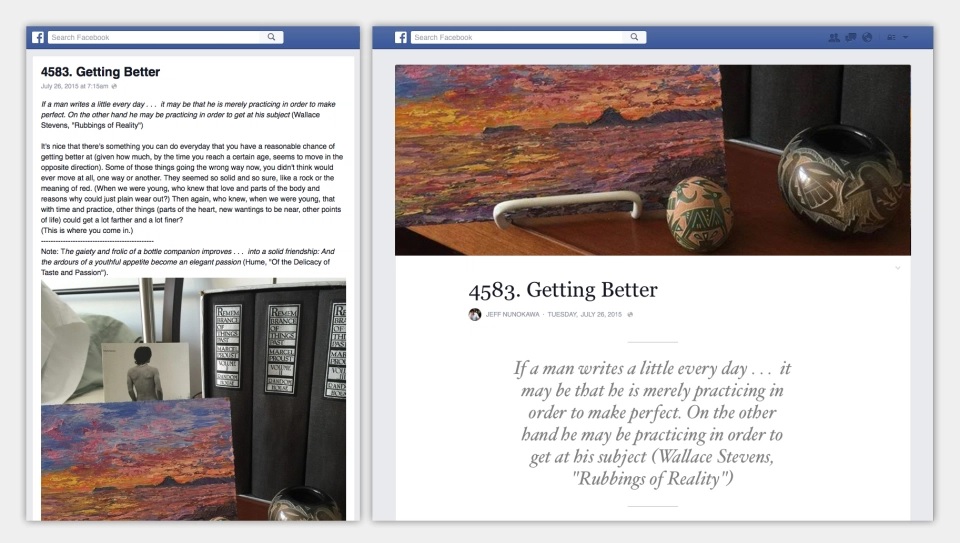 Facebook, Inc (NASDAQ:FB) has relaunched ‘Notes’ which hitherto had been receiving step motherly treatment from FB’s developers who were (and perhaps still are) more focused on rivalling against YouTube by turning FB into a video content website. Remember Oculus and VR experiments that are on-going in FB labs?

However, it seems that this time around FB’s bosses have chosen a new competitor to rival against, this time it being the increasingly popular blogging website, ‘Medium.com‘, which is the brainchild of Ev Williams, who is one of twitter’s founders. FB’s strategy in this direction has been so far to revive its ‘Notes’ feature.

In this regard, it must be noted that FB’s intention of reviving Notes has solely been to market it as a blogging component in FB and not merely as a feature-of-the-last resort for status updates that go longer than the permissible length. This is evidenced from the enticing layouts and new fonts that have been incorporated as part of the update that came after a 5 year long wait since 2010 when the first update to Notes was released. Notes were first introduced in the year 2006.

With the latest updates to ‘Notes’, more tools have been incorporated such as basic formatting tools, including block quotes, headers as well as bulleted and numbered lists. “We’re rolling out an update to make notes on Facebook more beautiful and customizable,” wrote Isaac Salier Hellendag, who is a User Interface Engineer at FB. The blog post also added that a user is now enabled to include a cover photo as well along with the ‘Note’, in order to portray what the Note is all about.

However, FB users who enjoy using FB on tabs and mobile phones may have to wait even more as the ‘Notes’ feature hasn’t still been made available for non-PC users.