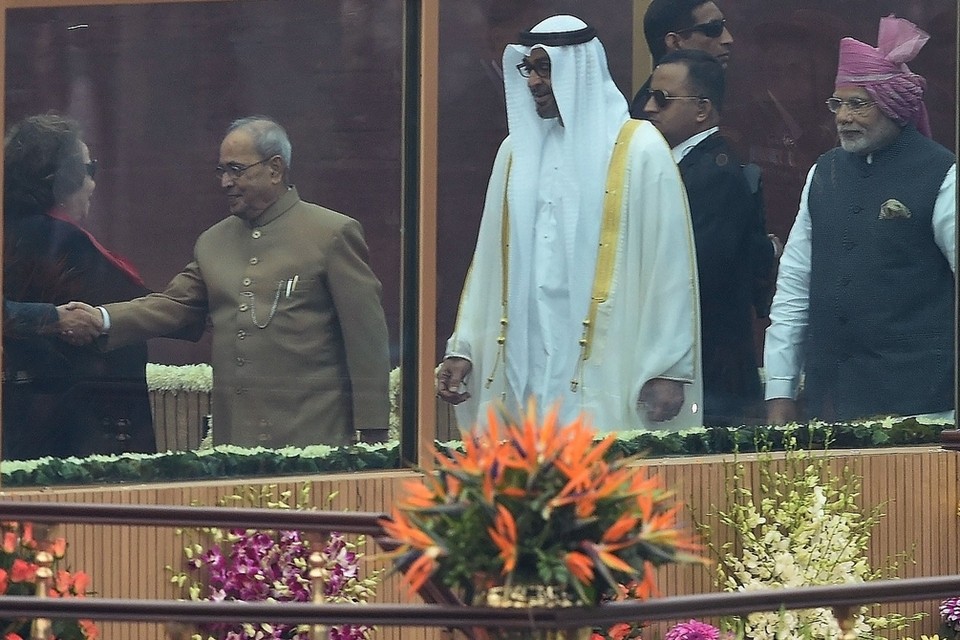 Narendra Modi, Prime Minister of India, welcomed the Crown Prince of Abu Dhabi, Sheikh Mohammad bin Zated Al Nahyan, as he arrived at the airport for the Republic Day celebration.

During his stay, India intends to develop counter-terror assistance with the UAE. The two countries are anticipated to sign almost 16 agreements, including the Strategic Cooperation Agreement.

The Crown Prince and PM Modi will initially meet at the PM’s residence at Lok Layan Marg for one-on-one discussions and then at the Hyderabad House for delegation-level discussions.

India will be looking forward to accomplish settlements to fill strategic oil reserves and also organize the 75 Billion Dollar investment in the national investment and infrastructure, which was signed in 2015.

The Indian representative to the UAE, Navdeep Suri, said, “Their connection and expenditure goes above 75 Billion Dollar. The UAE’s NRI industries are now spending in India from manufacturing, retail to real estate.”

The UAE and India are wishing to help in space, counter-terrorism & intelligence sharing civil nuclear, and defense & security.

So, surely we will be looking forward to see the outcomes of these meet. What do you think about this whole thing? Will it be fruitful for India?

Taste of India this Independence Day