Prickly pear and seaweed will now heal Parkinson and Alzheimer 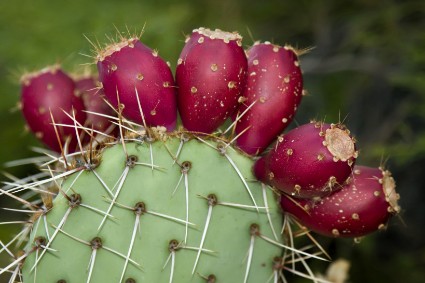 Parkinson and Alzheimer are the neurodegenerative type of diseases in which the brain cells gets damaged, which causes permanent disability. But our nature is itself a treatment facility; we just have to reveal its medicinal secrets.
Researchers from the University of Malta have discovered that extract of brown seaweed and prickly pear cactus that are found in the Mediterranean basin can fight against debilitating effects of Alzheimer and Parkinson.

A sticky protein known as beta-amyloid that stops the functioning of the nervous system is the cause of Alzheimer. So, the researchers focused on developing a solution that can blast the beta amyloid formation of the disease in the first place. To test the effectiveness of the extracts, scientists gave a dose of beta-amyloid to the yeast colony and later treated them with the plant’s extract. As a result, the health of the yeast was improved post-trial.

Next trial was conducted on fruit flies that were hereditarily altered to develop Alzheimer. Based on the observation, after giving seaweed extract, the lifespan of fruit fly was increased by two days and after using the prickly pear extract, its lifespan extended by four days. After the treatment, 18% of improvement was witnessed in the fruit flies.
Thus, the results are dramatic after considering the fact that one day of the fruit fly lifespan equals to a year in the human’s life. This was stated in the UM report.

Further, the scientists also rectified that flies brain were clotted with a sticky protein known as alpha-synuclein. This is the main cause of Parkinson disease. After treating with those natural extracts, the life of the flies was extended.
By this discovery, it can be assumed that our nature has a lot to give if we reap it adequately.