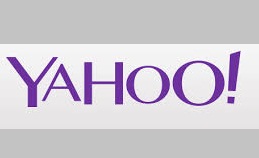 A group of Chinese investors said it is acquiring ad-tech startup Media.net for about $900 million in cash, with plans to eventually sell the company to an obscure telecommunications firm whose shares have been suspended from trading since last year.

Media.net, which is based in Dubai and New York, is touting this as the third-largest ad-tech acquisition in history. Technology entrepreneur Divyank Turakhia started Media.net in 2010 and bootstrapped the business. The company provides the technology powering contextual ads offered by Yahoo! Inc. and Microsoft Corp.’s Bing search engine. The system is similar to one offered by Google, choosing which ads to show based on the content of the web page they appear on.

Media.net generated $232 million in revenue last year, more than half of which came from mobile visitors, Turakhia said. The U.S. accounts for 90 %of Media.net’s revenue, but the company is hoping to make a big push into China after the deal, he said.

The consortium buying Media.net is led by Zhang Zhiyong, the chairman of Beijing Miteno Communication Technology Co. His telecom firm has been “moving aggressively” into mobile advertising and hoped to accelerate the transition through an acquisition, Zhang said through a translator.

Trading of Miteno shares on the Shenzhen Stock Exchange has been halted since December, which is unusual. Zhang said suspending a stock is a common regulatory practice when a company is looking at acquisitions. Turakhia said he expected shares to resume trading in September.

Zhang said the structure of the two-part transaction has allowed Miteno to start raising money while waiting for regulatory approval. He said he expects many other companies, especially those in China, to copy the strategy in the future.