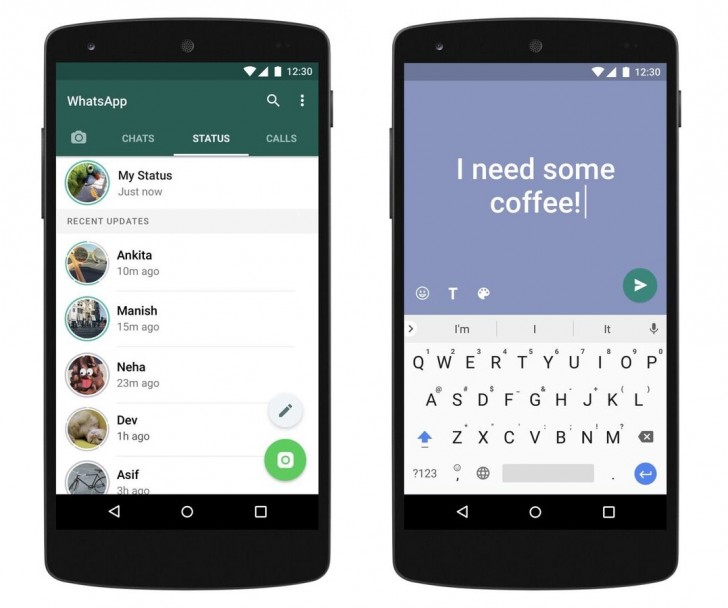 Get set for colorful status upgrades on WhatsApp. Previously this month, WhatsApp, the Facebook-owned company, was apparently testing a fresh feature that will enable consumers to post status updates with colorful backdrop. The supposed next feature was first located by an Internet website. The firm has now begun launching out the colored text statuses for its iOS and Android consumers. Facebook last year had introduced the similar feature for its app on Android as well. The feature permits consumers to have their status updates with a colorful backdrop, emoji and font.

As per to WaBetaInfo (@wabetainfo), a Twitter account that follows modifications in beta builds of WhatsApp, the new feature regarding status will be available shortly for all and is remotely active. iPhone consumers will now view an icon of pen in the status bar positioned next to the icon of the camera. Consumers can tap on the pen and then write in a status then select the emoji, background color, and font of their choice.

However, users of Android will see an icon of floating pen positioned at the bottom of the screen in the Status tab. After taping on the icon, they will get a choice to write a status and chose a specific background color, font, and emoji. Besides the colored status, the sources also exposed that app for iOS will now support stickers and functionality of enhanced chat search. The stickers are halted for time being but will be shortly made accessible to the users. Furthermore, the new WhatsApp also brings the ability to bold, italicize, and strikethrough the text for iPhone users from the typing bar. The consumers just have to click and hold the word and then choose a preference.

Lately, for the desktop variant of the app, the company launched out Status feature. The new feature for status is part of updated version of WhatsApp Web with version number 0.2.5854. Consumers on WhatsApp Web will now view a circular icon positioned on the chat window next to their display pic. In order to see the status of their friends, the consumers just have to tap on that icon.