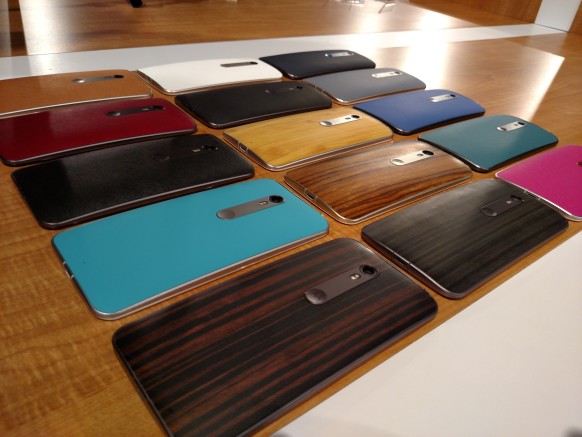 Motorola’s newly announced flagship, Motorola Moto X Pure/Style is a serious contender to all the other smartphones in the segment. As it appears to be a perfect blend of power and price, the device attracts the global consumers automatically. The device is being distributed as an unlocked phone directly from Motorola and is capable to work with all major U.S. Carriers (like AT&T, Verizon, T-Mobile and Sprint), which is not common among even unlocked phones. 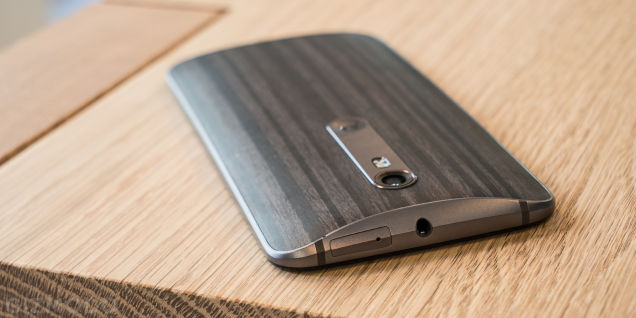 One of the main features that helps this phone to stand out is the look of the device. The device allows the users to even choose the material that the user wants on the back of your phone like plastic, wood, bamboo and leather. The phone comes with a louder front speaker and Motorola Turbo Charging Technology, which allows the device to charge very quickly. The display size of this device (5.7 inch) is even bigger than Motorola Moto X Play which comes with a 5.5 inch display and may feel way too big for many users.

The best thing about the design of this phone is that, it allows you to choose your design and even the material, which you want on the back side of the device. In addition to that, the users can even choose the color of the speaker grills. The device comes with dual front speakers, which gives you great sound while listening music and watching videos. Unlike it’s cheaper predecessor Moto G that came out earlier this year, this device is not “waterproof”. But, it is water repellant, as same as its sibling Moto X Play.

Motorola Moto X Pure comes with a  5.7 inch IPS LCD at 515 pixels per inch, which gives you crisp visuals and good viewing angles. The display is very bright for even outdoors, the auto-brightness can sometimes be slow to react and may take a second or two to adjust.

Moto X Pure comes with a 21- megapixel rear camera with f/2.0 lens and 5-megapixel front camera. Although, the inbuilt camera app doesn’t offer many editing features, but both the cameras do have HDR shooting and even, the front camera comes with a flash for better selfies. Both the front and rear cameras can record 1080p HD footage. The best part about it’s camera is that it can also record ultra HD 4K video, which offers four times bigger resolution than 1080p.

Motorola Moto X Pure comes with a 3000 mAh non-removable battery. The battery performance is not impressive according to what you would expect from this phone. It can give you about nine hours of continuous video playback which is not good in this segment. However, it comes with 25 watt turbo charger that charges the battery pretty quickly.

Moto X Pure comes with 1.8GHZ 6-core Qualcomm Snapdragon 808, which makes the interface very smooth and satisfying. The device bundles with 3 GB of RAM, which is quite efficient to play several applications at the same time and is available with 16GB,32GB or 64GB internal storage. External memory can be expanded up to 128 GB, using microSD card.

Motorola Moto X Pure/Style is a handset for those, who’re looking for a device that reflects their own style, as it gives you numerous choices of engravings, materials and color accents. For a price range of $400, the device looks quite impressive and won’t disappoint anyone who buy that.