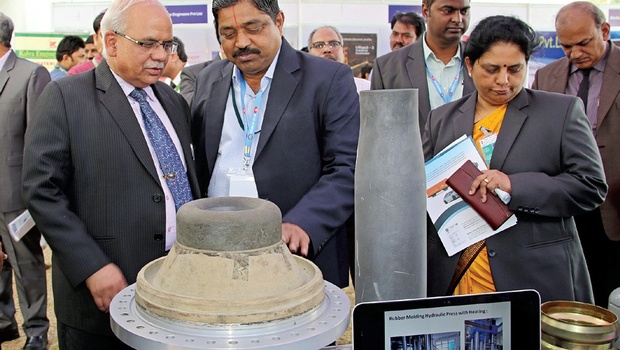 Director of Vikram Sarabhai Space Centre (VSSC), Dr K Sivan, said that “GSLV III uses high thrust cryogenic engine which is indigenously developed. The endurance tests of cryogenic engines have already been successfully completed and GSLV III is in advance stages of development. It will have potential to launch much higher weight satellites into space” at Thiruvananthapuram.

Dr Sivan along with directors and scientists from the prestigious defence and space research institutions and laboratories took part in the High Energy Materials Conference and Exhibits (HEMCE) here on Thursday.

The tests are being done before launching the GSLV III that is a electrically drive system to power satellites instead of chemical propulsion as it will give high thrust. ISRO also develop GPS (Geo Positioning System) to identify satellites and rockets in space orbits.

Dr Sivan further announced that “Already a major part of the research and development has been done and within two years Indian space organization will have its own GPS to track satellites.”

According to Defence Research and Development Laboratory (DRDL) director K Jayaraman, “Agni V missile is in development stage and a test will be done this summer, to test the missile performance in heat conditions.” Agni V missile is flexible, Long Range Surface to Air Missile. High Energy Materials Society of India in association with Defence Research and Development Laboratory (DRDL) and Advanced Systems Laboratory (ASL) are organizing the HEMCE.