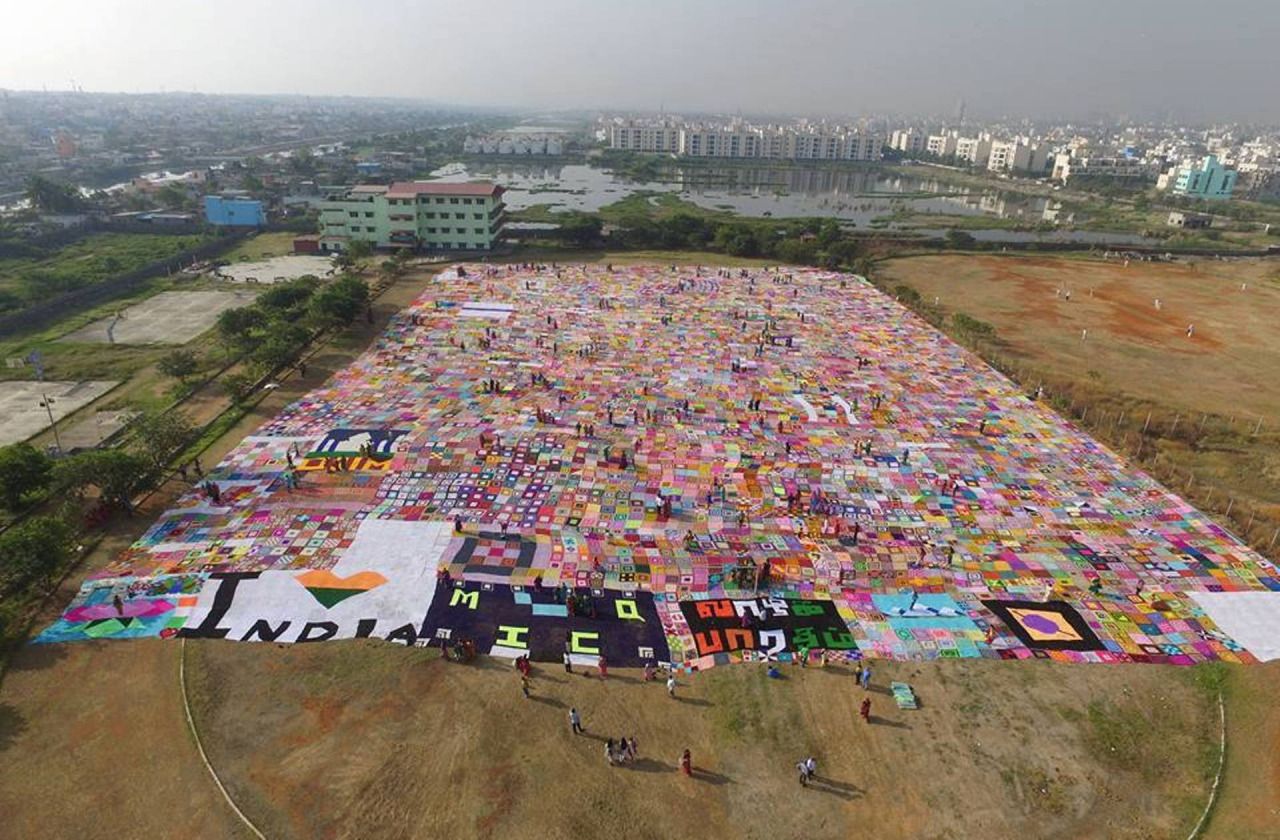 [2,500 women get together on Facebook, create the world’s largest crochet blanket / Mashable]

A world record was broken and thousands of the needy have a new blanket thanks to one Facebook group in India.

A crocheting group called Mother India’s Crochet Queens used the social networking platform to ask women around the world to contribute sections of needle-worked blanket that would eventually be joined together to challenge the record for the world’s largest, reports ABC.

The endeavour was part of a plan to donate to poor, one of the organizers wrote in a Facebook post, ABC reports.

It took six months and almost 2,500 women and girls from India and around the world to get the blanket finished. The massive comforter is actually made up of more than 8,000 smaller blankets, reports Mashable. All of the pieces were joined together this past Sunday, and the result is impressive – a 120,000 square foot coverlet bigger than two American football fields.

Officials from the Guinness Book of World Records were on hand to declare the blanket, which has already been broken down and distributed to the poor, had smashed the previous world record set by a South Africa group, reports The Good News Network.