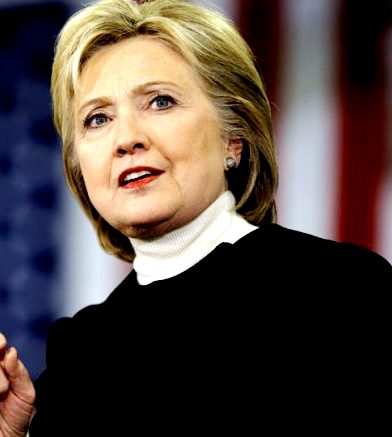 Washington: Media reported, Hillary Clinton, Democratic presidential nominee utter serious concern over the possibility of Pakistan’s nuclear weapons falling to come into the hands of jihadists. She said that will be “a hostile situation”.

The New York Times reported, Pakistan is with full fledge developing calculated a nuclear weapon in constant enmity with India. The former secretary of state said in February we have closed the door for fundraiser in Virginia, quoted to 50-minute audio being hacked from the Democratic Party’s computers.

But is dangerous condition situation getting worsen coup that jihadists are in step to take over government, they are going to use nuclear weapons, and you’ll have suicide nuclear bombers.

The video appeared on The Washington Free Beacon website, this could be more dangerous issue. The daily reported.

Rather than mentioning the question of nuclear weapons race she was naming Pakistan, Russia, China and India.

Clinton said, “This is most dangerous weapon ever been designed”.

Such comment from the former secretary of state will gain a worth in an interview of Khwaja Muhammad Asif, Pakistani Defence Minister on local TV channel in which he vulnerable to run nuclear weapon against India.

Asif had said, “If our safty is in danger we will destroy them.”

The United States took it very seriously on the Asif’s recent statements use of nuclear weapons.

Pakistan terrorism on Kashnir India would not tolerate more. The Wall Street Journal warned Pakistan, if the states continue with such policies would become exile state.

It said, “If country wish to restrict growth of the terrorism its prime responsibility of Pakistan to shut down terror groups and mainly Jaish-e-Mohammad and Lashkar-e-Taiba, groups that are operate openly in Pakistan.”

The daily said, “These two groups initially supported by its military before come onto list of United Nations terrorist organizations. The India carried out surgical strikes in Pakistan-occupied Kashmir against terrorists planning to furtive into the country.

Narendra Modi, Prime Minister is continuously offered for closer economic and diplomatic ties with Pakistan as long as it stops to sponsoring terrorism, the Journal noted.