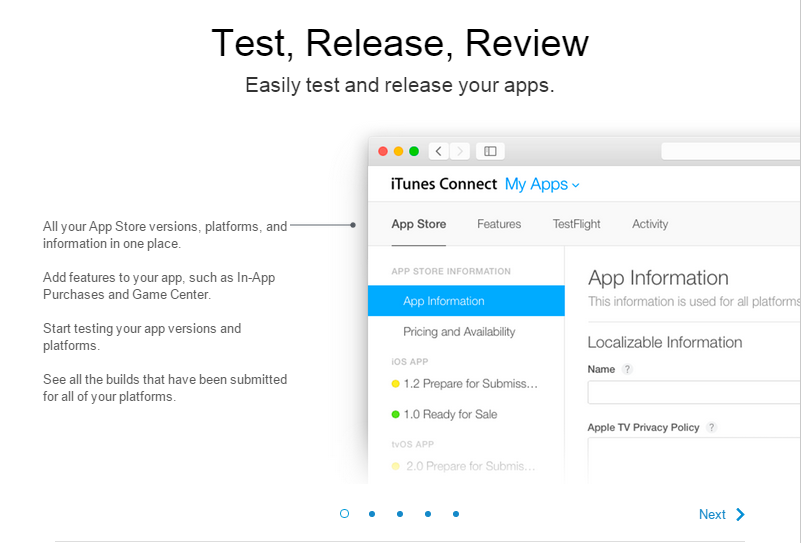 Ahead of the launch of the most awaited device of the year, iPhone 6s, Apple has made a quick re-designing of its iTunes Connect, so that it can support the main features of iPhone 6s and iPhone 6s Plus, 3D Touch. In addition to that, the company has also updated its Apple App Store for iOS 9 support and 3D Touch.

iTunes Connect is a web content management system, especially made for Apple App developers, and allows them to have an enhanced support for the developers. While compared to the older look and feel of the web portal, the new debuted version of iTunes Connect is entirely re-designed to support the newer version of the operating system and also for 3D Touch features. The new web interface looks quite impressive, and an overview is provided by the Apple in its consumer’s portal.

The main features of the upgraded iTunes Connect is that, now developers can directly schedule their application release with the help of the automatic release feature. The developer can set up a date and time, and as per the date input from the developer, the application will be released into the market. In addition to that, features such as pricing options to various region can be easily determined by the new features.

Not Only iTunes Connect, a new version Apple App Store iOS application is also rolled to Support the new iOS 9, and also for iPhone 6s + 6s Plus compatibility. When the user gets their device in their hand, they can experience features such as 3D Touch, without waiting for the upgrade, which will be provided by the Apple.

Apple has mentioned that iOS 9 compatibility changes has been added to the Apple Store OS App, but specific changes have not been mentioned by them. Click here to download updated version of Apple App Store.