Will Geothermal Energy In The U.S. Boom? 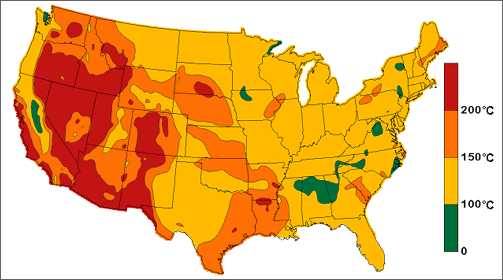 The U.S. geothermal energy projects are on the rock situation currently after the geothermal tax credit expired and also the ending of the energy bill during the unsuccessful Congressional session in late 2016. The overall development of the geothermal projects has been hampered following the unexpected win of Donald Trump in the president-elect. Trump’s decision of dropping out of the Paris Climate Agreement and also the dismissal of Clean Power Plan of Obama have shaken the whole renewable energy industry throughout the U.S.

As per the analysts, many geothermal companies, a part of fossil fuel industry, are losing capital due to a sudden decrease in oil and gas prices. The geothermal plants take about 5–7 years to set up. In the U.S., the geothermal plants on the federal land have to pay taxes which in turn benefit the U.S. economy. The local and state governments have to set permit time, taxes, and tax credits for the renewables once an overall renewable energy study is completed. After this major step, may be the geothermal energy in the U.S. can reach a bold new era!

Thus, quick answers to these questions can fuel the geothermal industry.