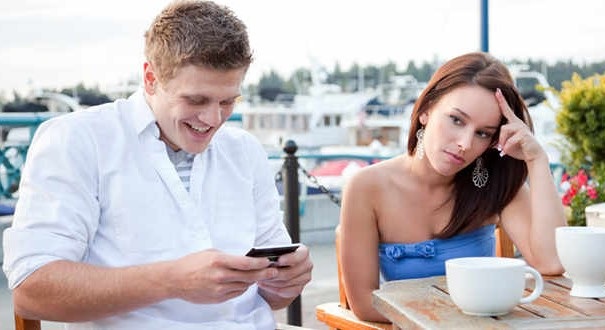 When one partner is more interested in phone notifications than the people around them, it could lead to strained relationships. A new term “phubbing’ is used for snubbing your partner with an overindulging use of smartphone.

Researchers from Baylor’s University’s Hankamer School of Business have proved that excessive use of smartphones is damaging relationships, and leading to depression. In two separate surveys involving 453 adults in the U.S, the team found that 46.3 percent of people reported they were phubbed by their partner. About 22.6 percent of people reported that phubbing led to relationship conflict. The study has been published in the journal Computers in Human Behavior.

In the first survey of 308 people, researchers developed “Partner Phubbing Scale,” to  measure the extent of phubbing and its impact on relationships. The research team feels that phubbing “conceptually and empirically different” from attitude towards cell phones, partner’s phone use, phone addiction and phone conflict. A study found that only 32 percent of participants were satisfied with their relationship.

In the second survey of 145 adults, the respondents were asked to respond to a nine-item scale developed in the first survey. Meredith David, PhD, said in everyday interactions with significant others, people often assume that momentary distractions by their cell phones are not a big deal.

However, David added their findings suggest that the more often a couple’s time is spent together is interrupted by one individual attending to his/her cell phone, the less likely it is that the other individual is satisfied in the overall relationship. Smartphones have become an integral part of life, and a range of mobile apps offer-notifications which require attention most of the time, in turn making people to check their phones constantly.