Moon express is the first private outfit with US government approval 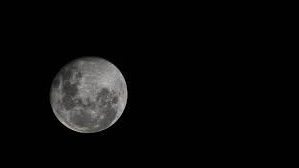 Moon Express Company is competing for Google’s Lunar XPrize, worth as much as $25 million. The first privately-financed group to get to the moon before the end of 2017 wins. The only moon shots until now have been by national space programs of the United States, the former Soviet Union and China. To win the prize, company will have to land a probe on the moon, have it travel 500 meters over the moon’s surface, and transmit HD video back to earth.

Moon Express already has paying customers for its first moon launch, which will deliver a telescope as well as the ashes of some people who want to be buried on the moon. Its first probe won’t return to Earth, but that the second trip will be its first round-trip flight.

Moon Express isn’t building the rocket that will take its probe to the moon itself. Instead, it has a contract with another private company, Rocket Lab, which has yet to launch a rocket into orbit.

Moon Express has got some competition, namely the Israeli non-profit, SpaceIL, which is also going after the XPrize. And SpaceIL has a contract with SpaceX, the company run by Elon Musk, which has a far more established track record than Rocket Lab. SpaceX has already flown supply missions to the International Space Station, and has also won a NASA contract to carry U.S. astronauts there as well.