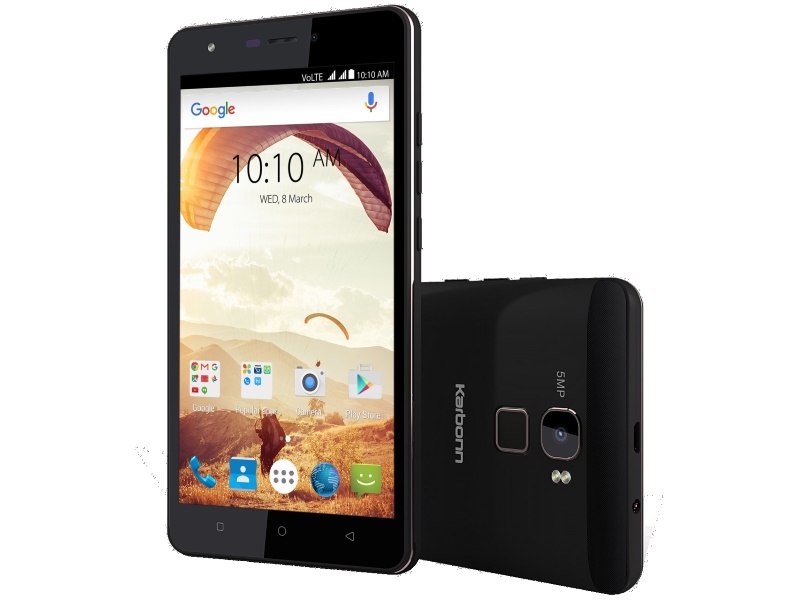 The domestic smartphone manufacturing company Karbonn has launched a new smartphone in India. The company rolled out its new Karbonn Aura Note 4G smartphone in the Indian market. Let us have a look at the specs of the smartphone.

The new Karbonn Aura Note 4G has 5.5-inch of Full HD touchscreen with a pixel ratio of 720 x 1080. It also has a pixel density of 441 ppi and a 64.4% of screen to body ratio. The device is fueled by a 1.25 GHz quad core Cortex A53 MediaTek MT6737 processor and has a GPU of Mali-T720 MP2. The smartphone runs on Android 6.0 Marshmallow. Speaking of the memory, the handset offers of 2 GB of RAM and 16 GB of internal memory for storage. This internal storage memory can be further expanded via external MicroSD card.

Moving towards the imaging duties, the new Karbonn Aura Note 4G has 5 MP of rear cameras with dual LED flash as well as f/2.2 aperture. It also offers a 5 MP of front camera with f/2.4 aperture for capturing selfies. The device runs on a 2,800 mAh battery. In terms of connectivity, the handset offers VoLTE, 4G, Wi-Fi, 3G, GPS, and Bluetooth. The device will be available in black and white color variants. Lastly, the new Karbonn Aura Note 4G is priced for Rs 6,890.

Well, as usual, Karbonn launched low-budget smartphones. Why in the sweet heaven is the company not launching a more powerful phone? This will not help the company grow. The new Karbonn Aura Note 4G is indeed a good phone in its budget but it has nothing extraordinary in it. It is just another addition to the list of budget smartphones.

In short, we think that those who cannot afford a medium budget smartphone should opt for the Karbonn Aura Note 4G. But think twice as there are many options available in the market!!!