India: Pakistan is deteriorated state should answer on booming terrorism 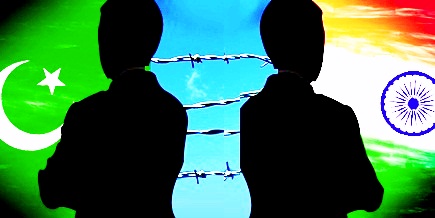 NEW YORK: On Tuesday, India told to Pakistan that Kashmir is a part of India it’s clear and Pakistan should stop to shelter terrorism, calling as deteriorated state who violating their own people and advocate about tolerance, democracy and human rights.

India also question to Pakistan about growing terror in the same soil and instead of spending billions of dollars in anti-terrorism support.

Maleeha Lodhi, Pakistan’s ambassador to the UN is getting to the RoR to Sushma Swaraj, External Affairs Minister talk to the UN General Assembly here on Monday. Pakistan refuse all claim made by her and said that Kashmir never was and can never be an integral part of India.

She called to Kashmir as “disputed region and final status yet to come in agreement with firm decision with the UN Security Council”.

Eenam Gambhir, First Secretary in the Indian Mission to the UN in accordance with Right of Reply to Lodhi’s remarks, assert Pakistan ambassador didn’t clearly hear what Swaraj said in earlier speech today.

Swaraj restate Jammu and Kashmir is an integral part of India along with it Gambhir said said “we hope that the message is loud and clear”.

Lodhi claim recent attack on the Indian Army base in Uri, is for diverting attention from Indian violence in Kashmir.

Lodhi has blame to India in past in resent Uri attack are using to blame Pakistan for current situation in Kashmir.

Gambhir has given strong RoR to Pakistan in UN General Assembly attend to said Pakistan which given shelter to terrorism builds crime on crime and  propagate about values of tolerance, democracy and human rights.

She said “we refuse all these claims.”

Gambhir claim that Pakistani ambassador making confusing and imaginary presentation on real condition of Kashmir and this is another chance to divert international attention from country and continue to support terrorism.

Gambhir said Pakistan is not answering to vital question that being posted by international community, like how terror is getting flourish in country even though billions of dollars is getting spend to oppose terrorism.