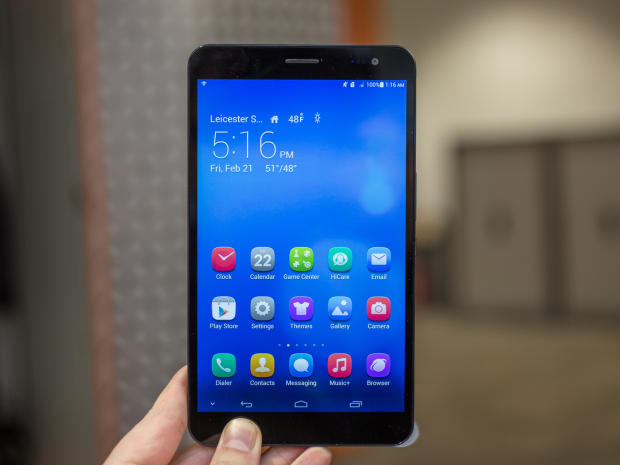 Huawei was not taken very seriously by the smart phone sector earlier by the majority of consumer thinking of the brand, among the Chinese entities flooding the market with their cheap handsets. However, that perception has changed, since the company was chosen by Google as the partner for making its flagship Nexus device for 2015. As the world is queuing up to witness Google unveiling the Huawei made Nexus device soon, it seems the company has other trumps up its sleeves. It is all set to release another Phablet, slated to compete with the likes of Samsung Galaxy Note and similar devices.

The popularity and demand for large screen smartphone devices often called Phablet is high. With industry leaders like Samsung, Apple and LG all releasing their phablets, Huawei does not want to be left behind. Reportedly, the company has contacted Wacom for making a stylus. The same brand also aided Samsung in making the stylus called S pen. Anyways, it is clear that the upcoming Huawei device will be the first from its stable to launch with a stylus. Huawei has supposedly found another partner to make this accessory.

So far, Galaxy Note has reigned in its segment with the stylus S pen. Other manufacturers have experimented with the same technology, but their success rate is nowhere close to that of Samsung. LG also tried its hand at home market with stylus centric devices, but those were a moderate success at best.

So, what’s new about it?

With so many brands coming up with their phablet models, what does Huawei has to offer as a USP of the device? While details on spec and price are yet to emerge online, it is reported it will feature ‘palm rejection’ technology. Earlier the company wanted to offer a stylus with its 2013 Ascend Mate device. However, that was eventually not implemented in the end product for certain reasons. The upcoming phablet is not likely to be a budget offering, given the fact it is going to lock horns with premium rivals like Galaxy Note 5.

Huawei has been trying hard to carve its niche in the highly competitive Android smartphone and tablet segment for quite some time. It has not succeeded much in entry level segment where new and established rivals like Xiaomi and Lenovo have stolen the thunder. Now it wants to capture a share in the high end Android segment, notably the big screen device arena. The upcoming Nexus device will give it a strong foothold and its latest models like Honor 4X have got favorable reviews too.

If Huawei wants to repeat the success and popularity of Galaxy note 5 with its Phablet, the hardware and software sync needs to be worked upon, say the industry analysts. The manufacturer has produced some neat and impressive devices of late and if the Phablet gets everything right, it can very well become a game changer for Huawei.