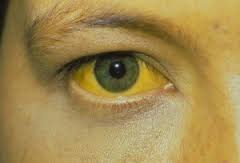 Recently, there is evidence about the Outbreak of Yellow Fever becoming latest global health emergency. Georgetown University professors state that this Yellow fever epidemic is one of the most important emergency that is spreading all over the world. The Professors also calls the World Health Organization for convening the emergency committee of International Health Regulations. Yellow fever epidemic is also considered as the frequent emerging epidemics that they call for creating a “standing emergency committee” for solving this future health emergency.

Yellow fever is the acute viral disease that has the symptoms of Fever, loss of appetite, chills, muscle pains, nausea and headaches. Most symptoms are typically 5 days so that people could improve within these days. Some of the other disadvantage of Yellow fever is fever, liver damage and abdominal pain causing the yellow skin. There is also a risk of kidney problems and bleeding so that it is necessary to consult doctor for the immediate treatment. Urban Cycle is also responsible for majority of outbreaks of yellow fever but recently the many parts of the world are affected by the yellow fever symptoms.

Recently May 9, Daniel Lucey, MD, MPH, and Lawrence O. Gostin, JD in the JAMA Viewpoint also published in the O’Neill Institute for National and Global Health Law at Georgetown also explains this ongoing spread along the potential future yellow fever spreading. They also compelled the limited vaccine supply according to the WHO. Also said that urgently convene with the emergency committee with coordinating the international responses and spearhead. The epidemic of yellow fever was first reported spreading rapidly in Angola. According to the research the 2,023 are suspected of yellow fever cases with 258 deaths.

On April 22, Pan American Health Organization also declared that this epidemiological alert for the yellow fever in the Latin America. Aedes aegypti mosquito vector become active transmitting dengue viruses and Zika. Gostin and Lucey also states in emergency committee meeting that allows the members to advise about the epidemic.