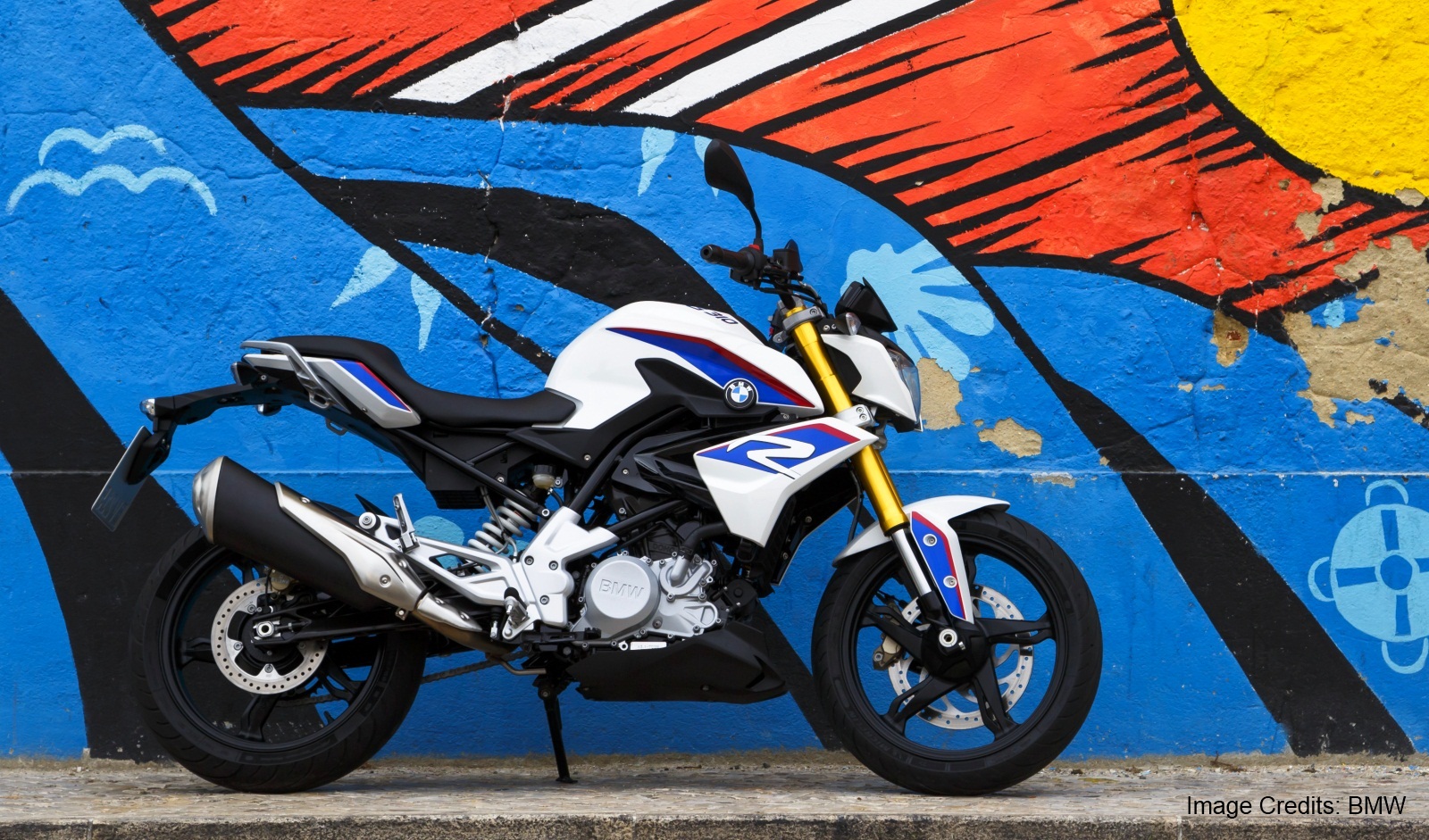 The newly developed BMW G310 R is inspired by the styling of S1000 R.
Below are the key highlights and specifications along with its performance and characteristics.

Engine
The new 2017 BMW G310 R comes with 313 cc single cylinder engine. It is capable of generating 34 horsepower at 9500 rpm with torque of 21ft/lbs at 7500 rpm. The internal engine consists of four-valve DOHC with EFI fueling system. The engine temperature is maintained by the liquid cooling system. The vehicle has a six-speed transmission that speeds up to 144 kph. The multiple disc wet type clutch eases the shifting mechanism of the ride.
Chassis
Moving to the structuring and dimensions of the G310 R, the chassis is made up if tubular steel welded in a bridge type frame structure with the detachable rear subframe. The powerful braking system is assembled with 300 mm disc radially mounted with fixed four-piston caliper at the front and 240 mm floating single piston Bybre caliper at rear. Equipped with ABS which is in Standard type controls the wheels and delivers precise stability to the bike.
Capacity and looks
The fuel tank holds 10.97 liters of capacity and estimated fuel consumption claimed by the company is 25 Kmpl. The total weight of the bike is 349 pounds which actually suits its masculine looks. The BMW G310 R is available in three different shades of colors; Cosmic Black, Strato Blue Metallic, and Pearl White Metallic.
If you’re in too hurry and can’t resist to take away this beautiful and powerful monsters, you need to be more patients as the bike will be available for sale in coming summer 2017 with an exclusive price of $4750.