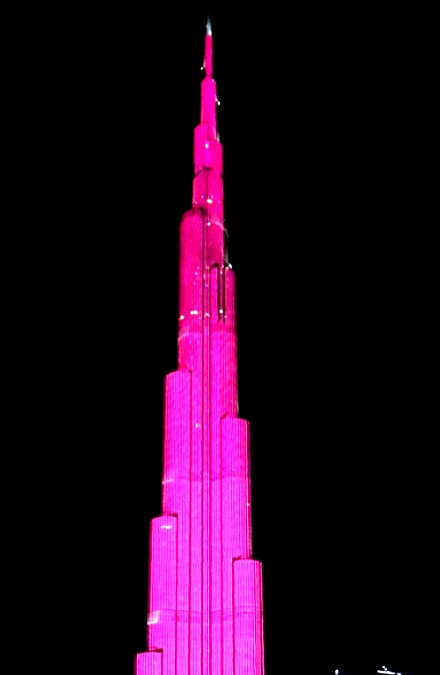 Breast cancer is largely known and most common cancer found in women globally. It is second most leading cancer followed by the lung cancer and resulted to death according to the Centre for Diseases Control and Prevention.

Dubai is celebrating Breast Cancer Awareness Month from October 1-31. Numerous events will be organized like marathons, pink illumination of landmark buildings, walks around the world.

This October, Dubai’s Burj Khalifa will be decorated with pink lights to support awareness and raise funds to fight breast cancer. Emaar properties which are deals with real estate development call to visitors to the landmark wearing pink and show their support to the cause.

The lights will be tuned on, on 13th Oct and last for two days while they remain on, on the same days in the coming weeks of the month. Since the opening of the shops in 2010 shops of the tower became tourist attraction now will go towards the Al-Jalila Foundation.

Formally the Tokyo Tower, the White House, Palácio do Planalto, the official workplace of Brazilian President also turn into pink on the eve to support breast cancer awareness.