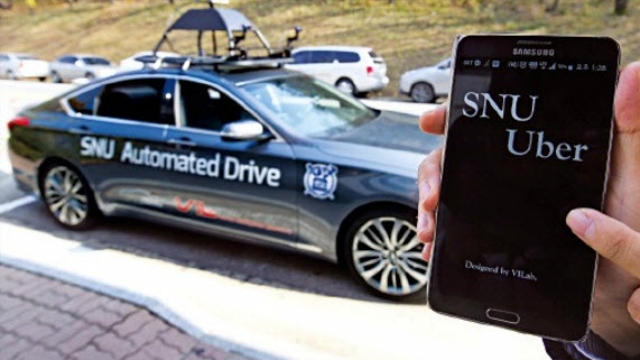 A South Korean university is researching on sedan that can pick up and transport passengers without a driver, offering a glimpse into the future of autonomous public transport.

The university is testing the driverless taxi to transport handicapped students around campus said by Seo Seung-Woo, director of the Intelligent Vehicle IT Research Center at Seoul National University

Snuber has been travelling the 4,109 square meter (44,200 square foot) campus for the past six months without any accidents. It works in conjunction with a hailing app made by the university.

The car can travel only 30 kilometers per hour (18.6 miles per hour) due to the speed limit on campus. There are no full traffic lights but researchers have programmed Snuber to move around other challenges.

In early 2020, a driverless car will be running between tollgates on highways. A door-to-door pickup service using a self-driving car is expected in early 2030.