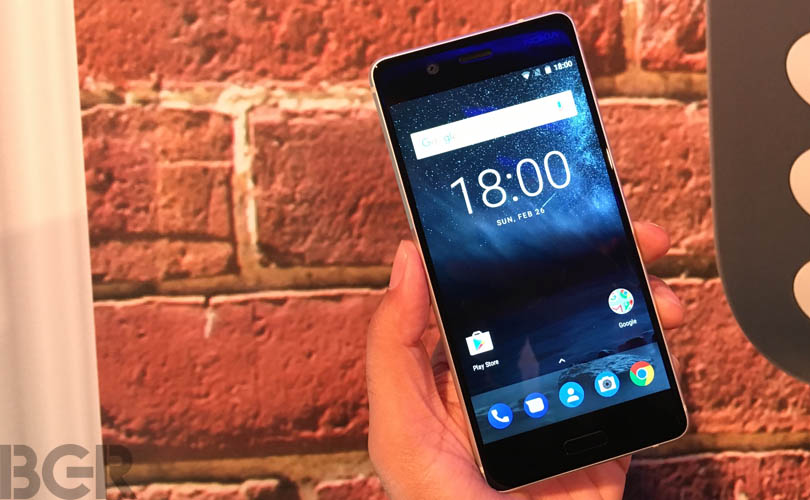 Nokia that has already launched its Nokia 3310, Nokia 3, and Nokia 6 smartphones at the MWC 2017, has done it again. It has launched the Nokia 5 smartphone. This was expected from the beginning. The company had already shown signs of launching the above 4 handsets. Now, if the company launches any other smartphone, than that will be surprising. Well, let’s keep that topic aside and talk about Nokia 5.

The Nokia 5 has the latest Android 7.1.1 Nougat update. This indicates that the smartphone already has the latest features preloaded in it. There is no need of externally upgrading the OS of the smartphone. Moreover, the phone has a 5.2-inch IPS LCD display with full-HD screen and a resolution of 720 x 1280.

The device also has an internal storage of 16 GB. This storage can be expanded with the help of external MicroSD card up to 256 GB. Moving towards the battery, the new Nokia 5 has a 3,000mAh battery. In addition, the new phone comes in 4 different color variants—silver, tempered blue, copper, and matte black.

In a nutshell, Nokia is now invincible with its Nokia 3, 5, and 6 smartphones by its side.