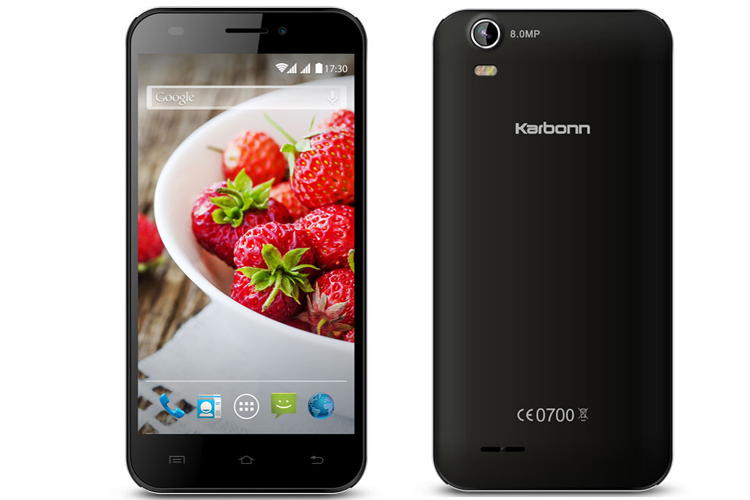 Karbonn on Tuesday launched a new smartphone under its ‘Titanium’ series, dubbed Titanium S200 HD. The smartphone is available from Snapdeal at Rs. 4,999.

The Karbonn Titanium S200 HD comes to the dual sim 3g smartphone,with Android 4.4 Kitkat out-of-the-box the smartphone features a 5-inch HD (720×1280 pixels) IPS display, The handset features 8GB of built-in storage that is further expandable via microSD card (up to 32GB). It is powered by a 1.2GHz quad-core Speadtrum SPC7731 processor coupled with 1GB of RAM.

The handset comes with the 8-megapixel autofocus rear camera with dual-LED flash away from a 3.2-megapixel front camera. Connectivity options consist of 3G, Wi-Fi, Bluetooth, FM Radio, GPRS/ EDGE, and Micro-USB. It supports an2600mAh Li-Po battery, which is rated to deliver up to 9 hours of talk time on 3G and 650 hours of standby time. The smartphone is available only in Coffee Champagne colour variant. The smartphone also includes support for 21 Indian languages and five Indian UI languages. The Titanium S200 HD weighs is 142 grams.