The trendy eyeglasses are like a huge fashion state of today. Hence, the addition of various technologies to the glasses is not a surprise. Generally, the augmented reality glasses are used to help the user enjoy the real-time experience when playing video games or enjoying rides in the amusement parks.

What about adding augmented reality and holographic vision to the normal glasses? Wouldn’t it be helpful for the disable or people working on the space stations? It is going to prove to be one of the gems in the future. Google Glass, a limited edition, and Microsoft’s Hololens, a bulky and expensive version, has not been able to stand up to the high demand in the global market. Hence, Microsoft has planned to squeeze the power of hologram into the smaller frames, which can be worn comfortably. If it is made possible, then it will be the biggest breakthrough in the augmented reality revolution. 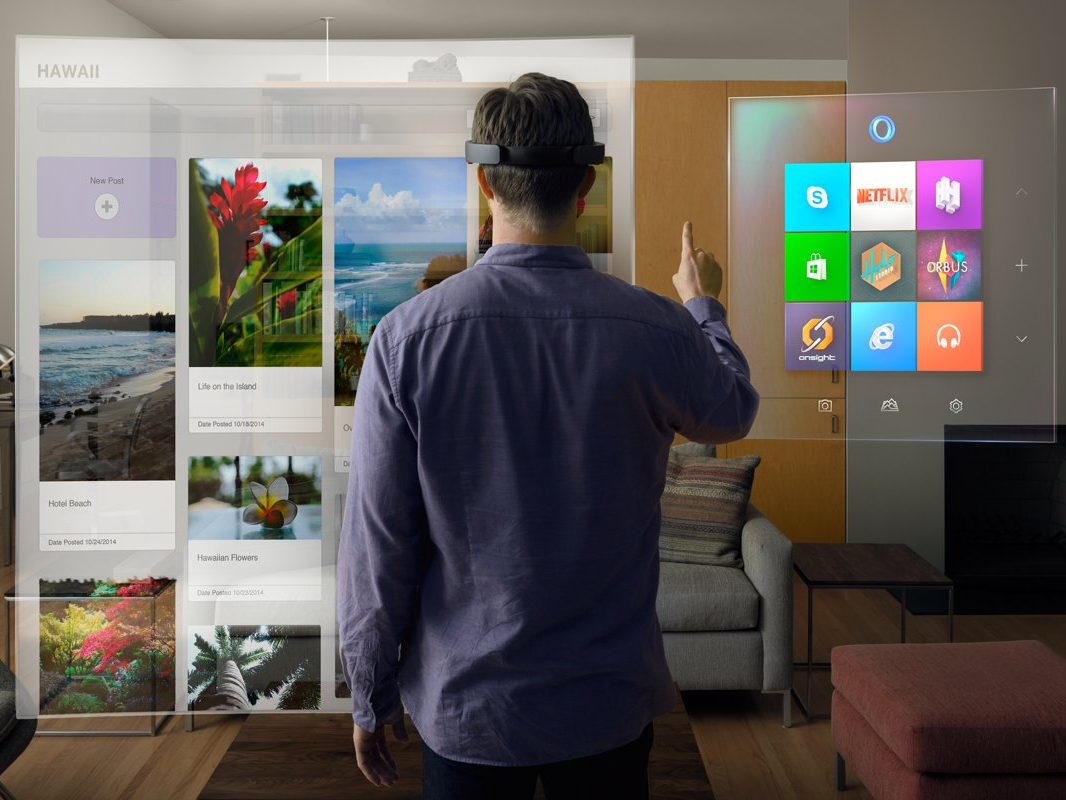 Microsoft has already started working on it as the computer giant has set its eagle’s eye on this new vision. Though there are a number of challenges that the company has to overcome, it has been able to fit the hologram in a frame. The hologram eyepiece uses the projector small enough to fit in a glass to focus on the holograms clearly. The concept of glasses with hologram may seem very appealing as you can have colorful holograms that appear before your eyes but in practicality it is slightly difficult.

Holograms have generally bulky size that is almost the dimension of a helmet with a huge screen hanging in front of the face. We know what you are thinking! It is not at all pleasing, right! Nowadays, the display features are not only bulky but also too expensive. Thus, you got to think twice before shelling out some penny. Hologram squeezed into the glasses is the future technology.

Microsoft has planned to unveil its latest HoloLens in 2019. No doubt this small package of technology will set the market on fire the moment it commercializes. The eternal technology can be expected sooner than later.