The buzz running out in media is that Nargis Fakhri, the 36 year old actress is nursing her broken heart in New York after she has been dumped by Uday Chopra. She left the city of Mumbai overnight leaving her upcoming movies and producers in lurch.

Though, the duo never made their relationship official, but we have heard the whispers of their break up in media. Ever since the actress stepped out from India, the reports of her break up with Uday have been heard and written. Some sources also believe that Nargis has gone to New York to address few health issues, but people hardly believe it.

The report claims that the duo has broke up over WhatsApp. A source quoted telling TOK, “No one knows what happened and why Uday dumped Nargis Fakhri. Uday broke the relationship abruptly by sending WhatsApp text to Nargis. The reason might have been the hot-blow attitude of Nargis. “

The source even added, “Uday was using two phones, one for the actress and other for his business calls. But since their split, the number is inactive and Uday’s private number which was not visible on WhatsApp is now seen publicly. Since the break-up he is frequently updating his WhatsApp statuses.

The rumors say that Nargis was soon to announce the wedding with Uday and his message took her by surprise. Now, all claims will only be cleared after Nargis arrives back to Mumbai. 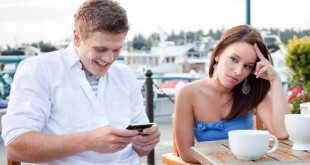