Sony Xperia X and XA will be launched in India on May 30. The smartphone was previously showcased in Barcelona at MWC.

Sony India has already started the pre-registrations for Xperia X and XA in India that are yet to be launched. Sony has already showcased its X series range in February at Mobile World Congress. Sony is not bringing its X performance smartphone in India anytime soon. It will be really interesting to see how Xperia X and XA are priced in India.

Sony Xperia X features 5inches FHD display built with triluminous display technology. It eve supports 23MP rear camera and 13MP front camera. The fingerprint scanner is added to this devices and it is powered with Snapdragon 650 chipset. It weighs 152grams and is just 7.7mm thick. It was launched in black, white, gold and rose gold color.

Sony Xperia XA can also be called as lite version of Xperia X. XA is powered with MediaTek Helio P10 processor and is couple with 16GB storage & 2GB RAM. It supports 5inches HD display and even supports 4G LTE bands. It has got 13MP rear camera and 8MP front camera and a 2300mAh battery life. Both these devices will run on Marshmallow 6.0 and are expected to be launched on May 30 in India. 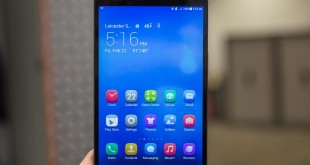